Amine KOUIDER is a conductor with an international career of great and rich musical performance. His personality is expressed in an energetic and spirited direction that has earned him great success in the many renowned courses he has conducted in France and abroad. Under Valery GERGIEV at the Saint Petersburg Opera, as the assistant conductor during three years, allowed him to build the musical tradition and to grow in an international artistic stage of music.

From 1998 to 2004, he was the musical director of the Paris International Orchestra; he performed many concerts and recordings.

From 2012 to 2014 he was named as the musical director of the Algeria-France Symphonic Orchestra. At the same time, he is also advisor for music to the Minister of Culture in Algeria and the project manager of the new Algiers’s opera and conducted the opening concert.

Since 2016, Amine KOUIDER is named artistic director of this opera and principal conductor of the Symphonic Orchestra of Algiers Opera.

This position lead him to conduct a rich repertory of symphonic works, ballets, and nearly 30 operas including Le Nozze di Figaro, Don Giovanni, Barber of Seville, La Traviata, Rigoletto, Carmen, Madame Butterfly, The Nutcracker and The Swan Lake. Amine KOUIDER is also the artistic director and principal conductor of the International Philharmonic Orchestra and Choir of Paris, which he founded in 1997.

This ensemble in residence at UNESCO-Paris allowed him to give regular concerts as part of the cultural and humanitarian campaigns of the Organization in a repertory of oratorios such as Verdi’s Requiem, Requiem of Brahms, Requiem of Dvorak, Mass in C of Mozart and operas in concerts such as Boris Godunov, Faust, La Belle Helene, La Vie Parisienne, Aida, Il Trouvatore and Cavalleria Rusticana. Using his two cultures and becoming an ambassador between bounders, he shows a big interest to the other musical artistic styles.

Through this project, Amine KOUIDER has been named “UNESCO Artist for Peace”

Born in Algiers in 1967, he studies violin and discovers at 17 years the orchestra conducting. He studies at the Algiers conservatory where he obtained a bachelor’s degree in musicology.

Moving to France, he studies orchestra conducting at the Marseille conservatory, then in Paris and Copenhagen with Michel TABACHNIK. He also obtains master’s degree in musicology at the Sorbonne University.

B – Consultant and Music instruction

Profile: Conductor and artistic director of classical and Andalusian music, significant experience in the organization of concerts and large-scale cultural events.  Large international network of musicians (instrumental/voice) and other renowned performers.

Specialty: Mastery of all aspects of event coordination, from production to performance, including musical and artistic direction, budget management, team management, planning and organization of concerts, tours and special productions, management of technical and logistical needs.

International artistic background, based on intercultural exchange and dialogue, specialized in finding common ground between oriental and occidental cultures, invested in humanitarian programs of the UNESCO, goodwill ambassador and UNESCO artist for peace.

June 2018 – Reviving the spirit of Mosul

June 2016 – Against the illicit traffic of cultural objects #UNITE4HERITAGE 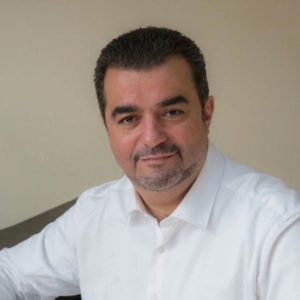 The French-Algerian conductor Amine Kouider was designated UNESCO Artist for Peace in April 1999, in recognition of his commitment to promote tolerance and the culture of peace through his musical activities.

As Artistic Director and founder of the Algeria-France Symphonic Orchestra, bringing together Algerian and French musicians, he champions the bridging of cultures between the two countries.

Mr Kouider supports the #UNITE4HERITAGE campaign led by UNESCO, which aims to highlight and safeguard cultural heritage and diversity around the world.